Last December, when we came home from our trips to Bellingham, we noticed this sign:
We thought the "S" in "self" was just brunt out, but that it was a funny coincidence for the season. However, we also noticed that once Christmas was over, the sign was fixed! Hmmm, maybe it wasn't a mistake...

Sure enough, as we made our way back home from Thanksgiving, we were on the look out, and saw that the "Tacoma Elf Storage" was back! We were so excited, we actually cheered! I hope they keep it up every year so John can learn to appreciate it!
Posted by Lindsey at 2:42 PM 1 comment:

We had quite an eventful Thanksgiving week! We decided to leave pretty early on Wednesday to head for Bellingham. There was still snow on the ground from Monday, but it seemed pretty safe. We didn't want to drive in the evening for fear of the road getting icy. We were blessed to have left early because once we got to Lynnwood Andrew noticed that our car was in the red zone on our temperature gauge. We found a mechanic that could look at our car, but not until Friday. So we toyed with the idea of leaving our car and renting a car for a couple of days. As it turned out, once we got to the mechanics, Andrew asked if they were sure they couldn't squeeze us in that day. The man said he would see what he could do. We waited for about an hour, not sure if they were even working on it. Sure enough, they were able to fix it and we were on our merry way again...

Until we drove another 50 miles or so. Andrew noticed that the car was getting hot again. We made it safely to Bellingham and decided to take the car in again on Friday. 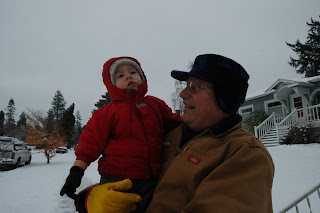 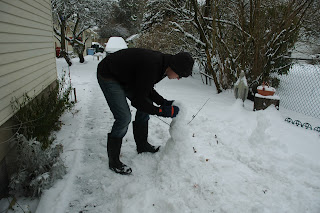 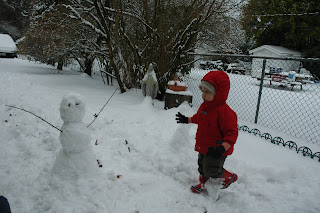 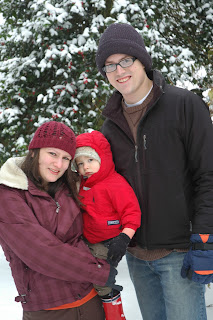 Thanksgiving day was SO wonderful! We woke up to a flurry of snow falling from the sky with about 2 inches of fresh snow on the ground. I love the feeling of being stuck at home when I have no where to go!

I provided the mashed potatoes, as I have for 3 years in a row, and they were very yummy! (I'm a sucker for good mashed potatoes). Mom St.Hilaire cooked a feast! Jenna brought the green beans. It was a very delightful dinner, with exceptional company! 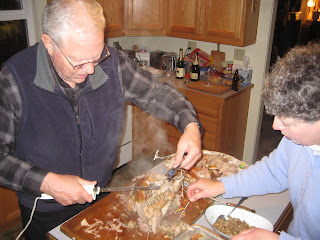 There was a crazy rain and wind storm on Thursday night. When we woke up, there was hardly a trace of snow on the ground! On Friday we took the car in again. They told us it wasn't going to be finished until Monday. We were supposed to leave on Saturday morning because I had a baby shower to go to back home. I was very sad to have to miss the shower, but it was nice to have a couple of extra days with Andrew's family! I was also able to catch up with a few friends.


While we were there we watched the movie Karol: A Man Who Became Pope. It was so inspirational and I highly recommend it. I was worried that the actor playing Karol would not be good enough to play the role, but I was quite impressed by him. Watching this movie made me think about what really matters in life: our relationship with God! It was appropriate to watch for Thanksgiving, because it reminded me of how thankful I am to be part of such a wonderful Church!

We picked up the car on Monday and headed home... only to see that the engine was still getting hot. =( We're not sure what to do now.
Posted by Lindsey at 10:11 PM 1 comment: