Hard to believe it's been over a month since John's 3rd birthday! His birthday was on a Wednesday this year, so we arranged to have his party on the following Saturday.

On his actual birthday, he ate on his special birthday plate for every meal. We gave him a few presents -  one being an upgrade from his car seat to a booster. He wanted to try it out and go for a car ride. Grandma Stockton and I looked at each other and had the same thought - Baskin Robins! So we took him out for a spontaneous ice cream cone treat around lunch time. It was a lot of fun! Then we had cheese cake for dessert at night! The day was filled with sweets! 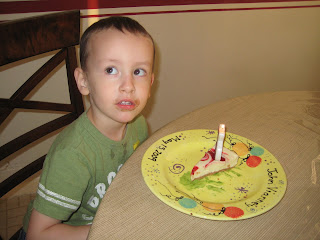 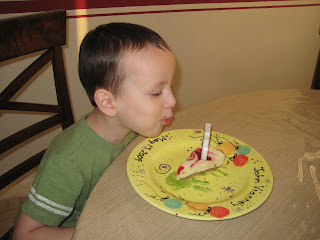 We started his party day by going to the Armed Forces Day parade. Uncle Aaron joined us for the fun. There's something about parades... in my adult years I always cry when the first band marches by. I also cried when two elderly men walked by who were Pearl Harbor survivors and when banners displaying recent deceased military heros went by. I'm so proud of our military and honored by the mn en who have served and given their lives for my freedom! 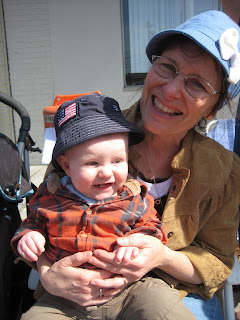 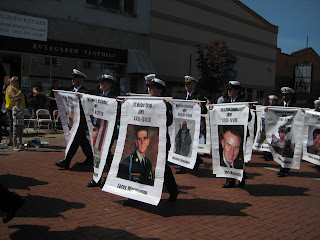 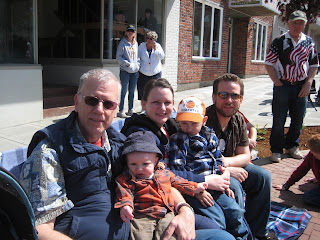 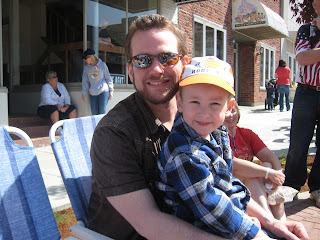 Back to the birthday... John requested a Thomas the Train party. So I did my best to make a cake with Thomas on it. I used this marshmallow fondant recipe to cover the engine and passenger cars. Gravity took it's toll on Thomas' face, but John didn't care. 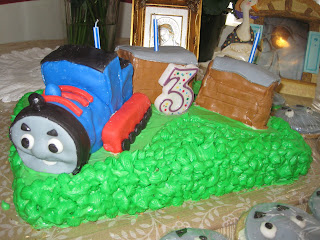 I also made Thomas the Train cookies to give as birthday favors to John's friends. I'm glad I did because when I was cutting the cake, all the kids said they wanted to eat "Thomas" - I was happy to tell them that they each got to take a Thomas cookie home with them. I made all the faces by following this tutorial. 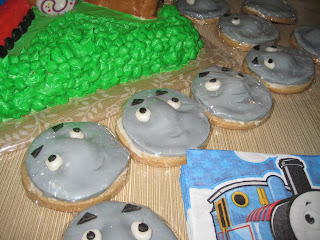 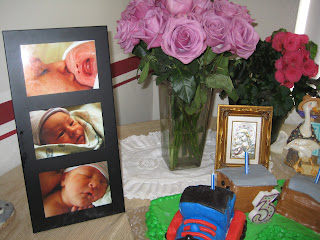 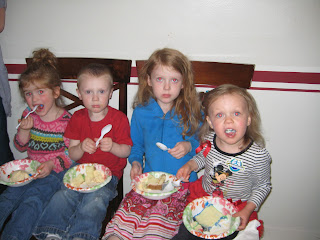 Balloons are probably the best toys for kids to play with at parties. I like having balloons scattered all over the house on the floor, just to be festive. But it seems that the kids always choose to play with the balloons over all the other toys we have. Fine with me! =) 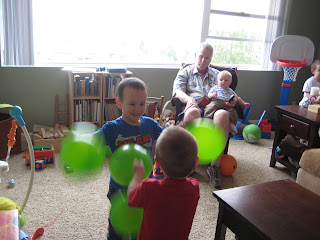 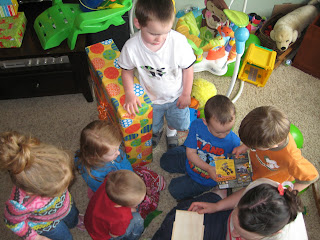 John had so much fun at his party. He still talks about it! Thank you to all his friends who came to celebrate this special day with us!

The best part for me was the morning after his party. Normally when he wakes up, he comes over to my side of the bed to get me up. But not that morning - I heard him open the door and quietly scamper out to the living room. Curious, I got up and found him joyfully playing with his new toys. I remember doing the same thing when I was little - I would wake up and think, "Did I really get all those new toys or was that a dream??"