(I'm going to copy Kristine's template for sharing monthly information about Peter. Seems easier on my mommy-brain to answer some prompts than writing out all this information in paragraphs...)

Sleeping habits: He usually takes two naps - one around 10am for about an hour and another synced with John's nap around 2-4 p.m.. When their naps line up, which usually happens, I love having some mommy-time! At night time, we put the boys to bed around 8:30 p.m. and it really varies how Peter does. I initially nurse him, rock him to sleep, and lay him in his crib (which is in our room). Usually he wakes up once or twice before I go to bed and when that happens I rock him back to sleep and put him back in the crib. When he wakes up after I go to bed, I just bring him to bed with us and he sleeps between me and Andrew. I still love having him in our bed and he is really cuddly. 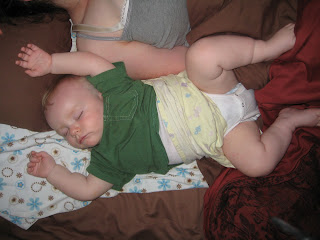 His favorite things: pulling out threads from our shag carpet and chewing on them, eating anything and everything off the floor, opening drawers and pulling things out of them, carrying around drumsticks - hair brushes - pens - and anything that could poke him in the eye, and most of all he LOVES his family... 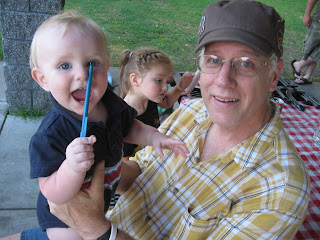 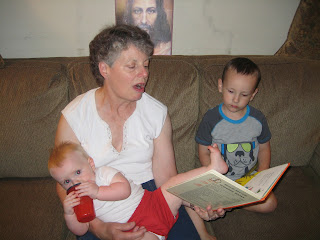 His least favorite things: Hmmm, he is a pretty happy guy with a great demeanor. I suppose he doesn't like his hair being washed, and when John tackles him...

Words: He has been saying "Dadada" for a while now but we weren't sure if it was a "word" yet, as in if he was referring to his Daddy or just saying the sounds. But now we are sure he associates those sounds with his Daddy and he has also started saying "Mamama" in just the last few days! Yey!

New discoveries: Standing! He pulls himself up all the time now and tries to take steps (none on his own yet). We predict he will be walking pretty soon. 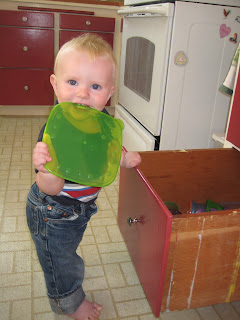 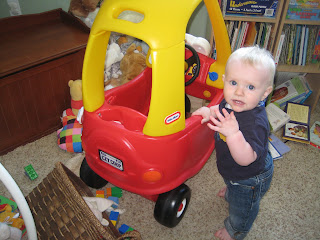 Places traveled: We just got back from a camping trip and we are going camping again this weekend. He is a pretty "happy camper"! Hahaha... but seriously, he is very good outdoors and in the tent. The main problem is that he is at an awkward stage: He wants to be down crawling, but I don't really want him playing in the dirt! So he has to be held the whole time. I think when we go again this weekend, I'm going to see if we have room in the car for the pack-n-play.

The crappy stuff: I know Peter has sensitive skin, but I just don't know what triggers his rashes. He recently had a rash break out on only his legs and it stuck around for a couple weeks. I also have to be really careful about his sun exposure because he inherited my fair skin that burns really easily. Poor guy!

How big brother is doing: John loves Peter so much and they get along really well. Peter is almost to the point where he and John can play together. John loves to make Peter laugh and smile. Sometimes John will knock Peter over when he is standing - so that's no fun. Overall, they get a long together very well. It's so fun to see their relationship blossom! 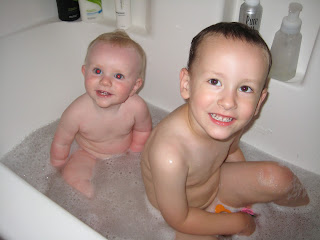 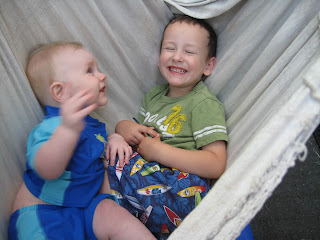 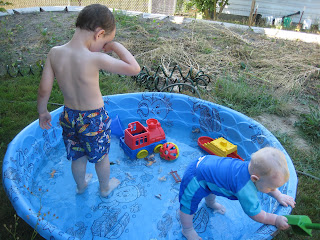 How Mommy and Daddy are doing: We are loving this precious time with Peter. He is at such a fun stage! It's hard to believe that he will be one year old in just two short months. And those months will pass quickly because we are preparing to MOVE! We are supposed to close on our house on Monday, so this next month will be especially hectic. Hopefully we will be all settled by Peter's birthday and we can throw a big party for our sweet little boy! 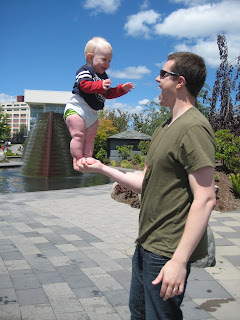 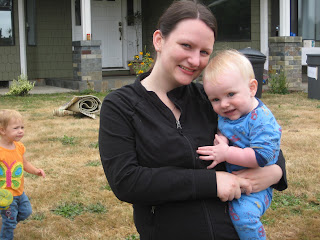