Bout time we got these up! We had a great couple of days in Bellingham with Mom & Dad St.Hilaire, which blew by.

We began Thanksgiving day by giving thanks to Our Lord for his outpouring of love on the cross, by going to Mass at Sacred Heart. As we say at Mass, "It is right to give Him thanks and praise."

At the Last Supper, on the night he was betrayed, our Savior instituted the Eucharistic sacrifice of his Body and Blood. This he did in order to perpetuate the sacrifice of the cross throughout the ages until he should come again, and so to entrust to his beloved Spouse, the Church, a memorial of his death and resurrection: a sacrament of love, a sign of unity, a bond of charity, a Paschal banquet 'in which Christ is consumed, the mind is filled with grace, and a pledge of future glory is given to us' (Catechism of the Catholic Church).

Eucharist, derived from the Greek word Eukharisteo means "to thank," or "thanksgiving."

We were so happy to see Fr. Qui-Thac again. After Mass, he came over to my parents house and visited. He's a man we are truly thankful for! 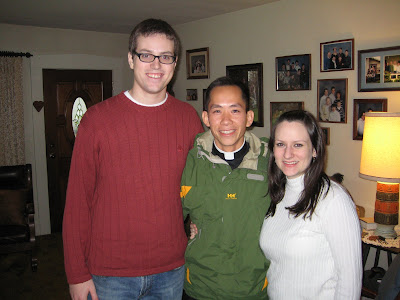 Per tradition, my parents had our honorary Grandmother, Francine Hoch, over: 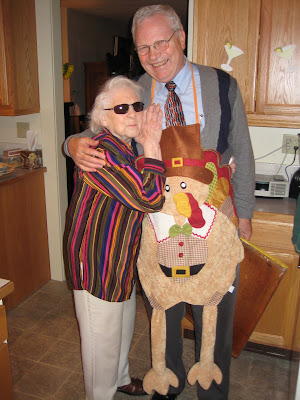 Dad, using the electric knife my parents received for their wedding in 1967, cut the turkey, which was cooked to perfection. If only Lindsey knew what she was missing ; ) 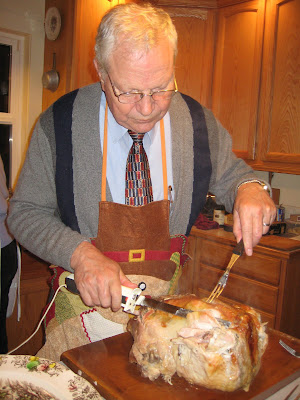 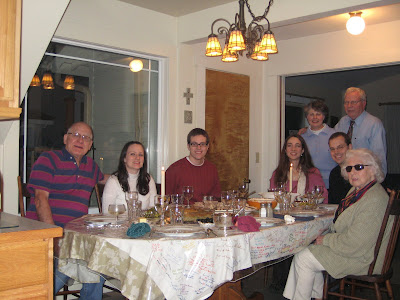 We also had another longtime family friend join us, Ken Koenig. Lou and Jenna were hoarding the stuffing: 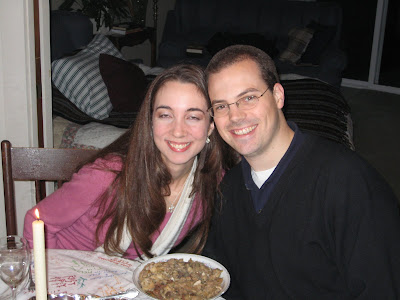 Having gained 15 pounds in Bellingham, it was back to Bremerton for Thanksgiving and games with Mom, Dad & Aaron Stockton and Noah, who lives in one of the apartments at the Firehouse. 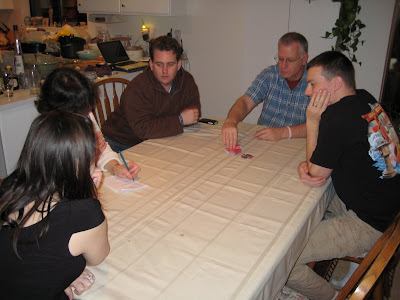 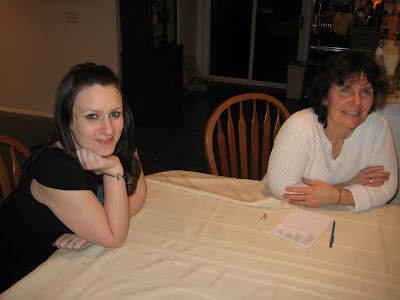 To work off some of the weight gained, Dad and I tried out the new ping-pong table he and Mom got half-off on Black Friday. Adjacent to the office where we work, the fire engine bay now happens to be the company gym: 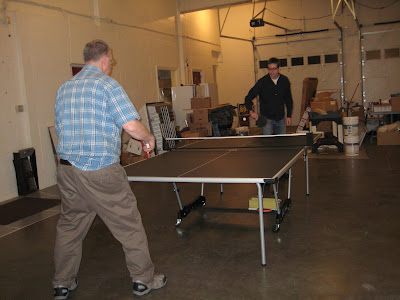 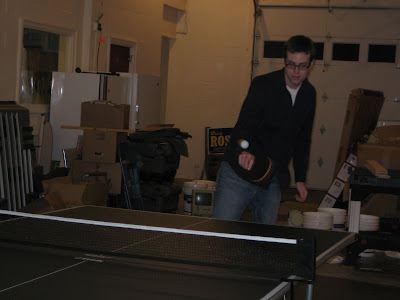