Holy Saturday happened to land on my mom's birthday! We had a very busy but special day! I started the day out by getting a much-needed haircut. Then we all went with John to a public Easter egg hunt at a city park. We were about 15 minutes late and pretty much all the eggs were found already! We went up to one of the coordinators and she graciously gave us a few handfuls of candy and some empty plastic eggs so we could do our own little hunt for John. Grandma and Grandpa played with John on the playground while Andrew and I stuffed and hid some eggs in the woods. John caught on quickly and found all the eggs! It was very cute watching him! After he found an egg he wanted to open it right away and eat the candy inside - which he calls "cookie." 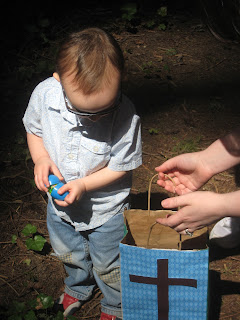 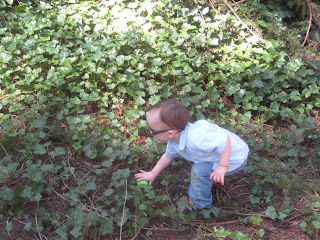 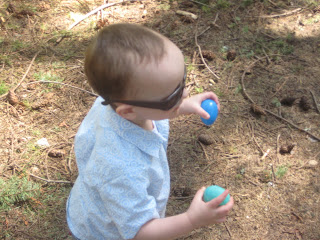 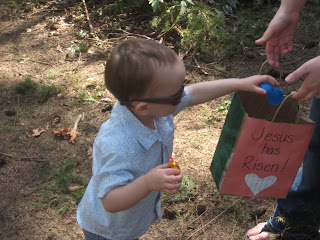 The egg hunt was followed by a nap for John, while I went out with my parents for some birthday shopping. When we got home, we painted eggs (aka - the contestants for "Egg Wars 2011"). 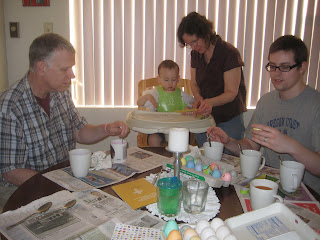 Then we went out to dinner at Applebees. It was a full day and little Johnny didn't get to bed until about 10pm - usually he is in bed around 8pm. And since we had to go to the 7:30am Mass in the morning, that made the 6:30am wake-up call pretty difficult!
Posted by Lindsey at 1:35 PM