The Wonderful World of John 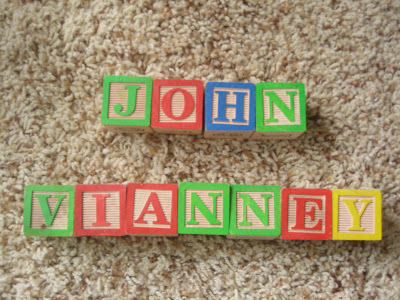 John loves to play. When he first wakes up he usually comes over to my side of the bed and tries to pull the covers off - saying, "play? play?" I'm not the best playmate at 7 in the morning, but once I am fully awake, I truly love entering into John's world of Playtime. He has so much imagination and I love getting to act like a kid again. 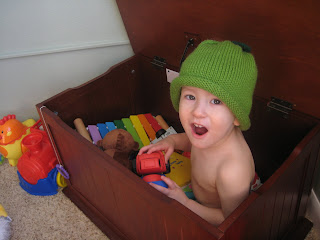 Lately, my playtime alter-ego is George the monkey: 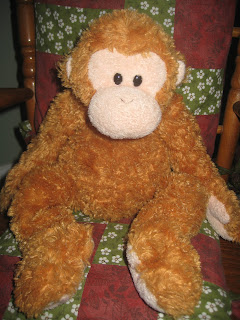 John demands that I act as George for most of playtime. It was really fun at first, but this gig has been going on for a couple of months, so it can get a little old... After a day of play, it's nice to be just me again. John loves George, so I usually comply when he runs to me lifting George high in the air saying, "Dorge, Dorge!"


Here are some things John likes to do with George:


I caught John "fixing" George's eyes the other day with his power drill. After I dismissed the grotesque image of him actually taking a power drill to someones eye - I thought it was rather... compassionate? 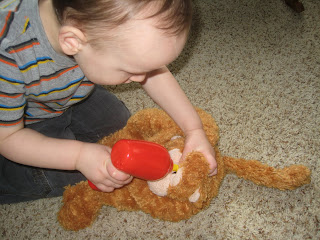 George is also a great friend to have on a rainy day! 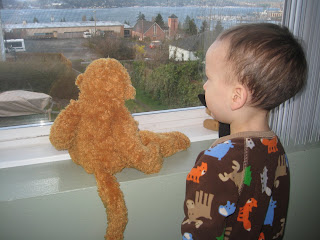 This kid sure needs a sibling to play with!! =)

In this video, you'll see me trying to get John to color for the camera. You'll also see how he does not do what I ask him to do - but the moment George asks him the same request, he does it immediately!