Camping with the Herrings

This last weekend we went camping with the Herrings. We camped up near Crescent Lake. We had a great time. John slept in the sleeping bag with me. It was pretty cramped... We are going to go camping again next week, and I might try to figure out a different sleeping arrangement. Also, it didn't help that our tent was on a slight hill, so we kept sliding down hill during the night! =)

On Saturday, Becky met us at a trail head and we went on a hike to see a waterfall. John slept the whole time in our wrap (see pictures below). He was pretty cute!

Unfortunately we were camping next to a dysfunctional mother and her children. She was yelling at her children the whole time and cussing at them too. The "F" word was commonplace during the day. If John were any older, I would have told her to please stop swearing around my child... though I wish she would stop swearing for my sake too. Why is it that it is socially inappropriate to swear around children (even though she swore around her own children), but not around other adults? I pride myself on not swearing - ever. I don't want to exposed to bad language either.

Anyway, I'll stop complaining... we really DID have a good time! I love camping. There is nothing better than waking up to fresh outdoor air! We also had foil dinners one night, which I am quite fond of! I can't wait to go camping again next week! 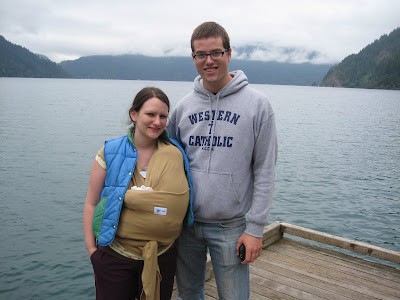 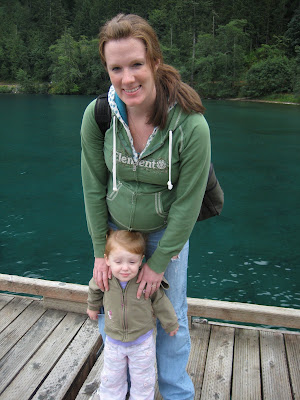 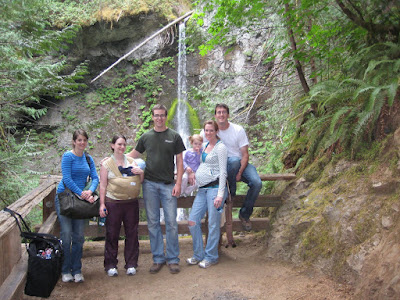 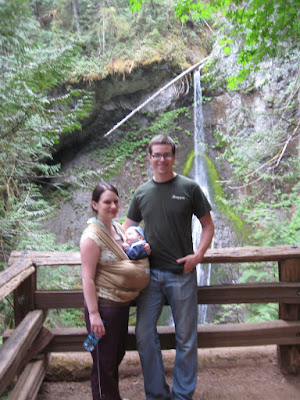