This year, Andrew, John and I went to Mass in the morning (There is no way John could make through an Easter Vigil...). It was packed! The pews were full, people were standing all along the perimeter of the church, and the vestibule was crammed with at least forty people! We rushed out after Mass to get home, where we hopped in the car with my parents and drove to Edmonds.
We almost always have Easter breakfast at The Pancake Hause in Edmonds with my mom's side of the family. We've been doing that since I was a little girl! We arrived a little late. Everyone was finishing up their breakfast when we showed up. It was really nice to see everyone!

Then we headed over to the Holyrood Cemetery to pay respects to my grandpa, who passed on last February. We all really miss him. We shared some memories of him. My Aunt Leslie talked about how she thinks of him when she wanders around the house turning off lights that her children leave on. I guess my grandpa was known for doing the same thing...

After that, we all went over to my grandma's house. There we visited, watched John in all his cuteness, and made plans to fix up Grandma's house to sell. We also found out that we may have a future organist in our midst (see the pictures below)

We forgot the memory card for our camera, so these pictures from my dad's phone will have to do: 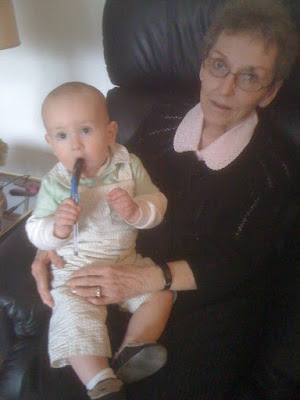 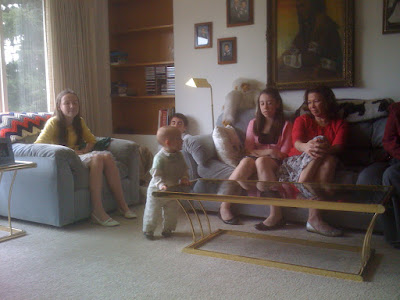 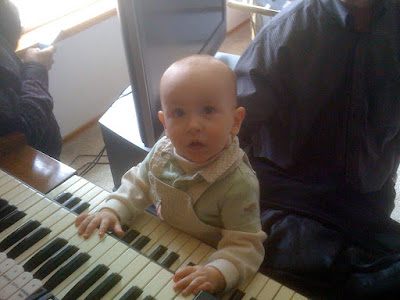 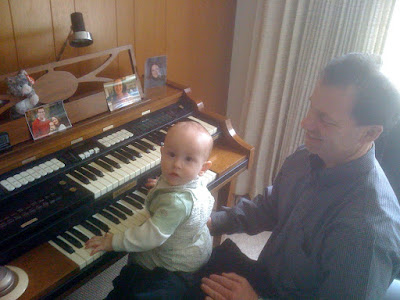 We hope you all had a joyous Easter with your families!
Posted by Lindsey at 9:58 AM